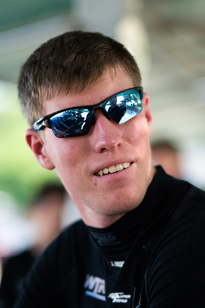 American Jordan Missig will compete in his second Lamborghini Super Trofeo season with Wayne Taylor Racing in 2022 alongside co-driver Aiden Yoder, making the jump to the PRO class. He will contest both sports car and open-wheel championships this year, with a full season of Indy Pro 2000 ahead of him. The 23-year-old is constantly developing his skills through different car disciplines, working towards his goal to race in IndyCar, Formula 1 or LMDh in IMSA. When not on the road, Missig hones his race craft at his home track, Joliet Autobahn, where he was the 2016, 2017, 2018, and 2020 Kart Circuit Champion. Success in cars followed as he finished runner-up in the 2019 Radical Cup North America Series. In 2021, he became a race winner in the Formula Regional Americas Championship powered by Honda and competed in select rounds of the Indy Pro 2000 Championship Presented by Cooper Tires. His LST efforts saw him win in the 2021 PRO-AM category twice. 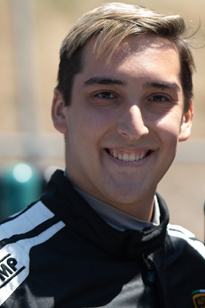