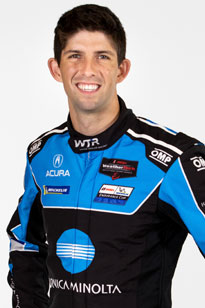 Ricky Taylor returns to Wayne Taylor Racing for the second consecutive year and his fifteenth season in topflight sports car racing. The IMSA veteran won the WeatherTech SportsCar Championship in 2020 and the IMSA Michelin Endurance Cup for the No. 10 Konica Minolta Acura ARX-05 team in 2021, along with co-driver Filipe Albuquerque and Alexander Rossi. Taylor and Albuquerque are Vice Champions of the 2021 IMSA WeatherTech DPI Championship.

Taylor boasts an impressive resume at the pinnacle of sportscar racing, having competed at the 24 Hours of Le Mans, scored multiple victories at the Rolex 24 at DAYTONA and won the 12 Hours of Sebring and Motul Petit Le Mans. In his 14 previous seasons of IMSA WeatherTech SportsCar racing, Taylor has scored 27 victories, 32 pole positions, and 64 podium finishes. 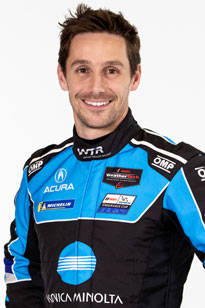 The world-class sports car driver’s credentials include victories at some of motorsport’s most prestigious races, most notably at the 24 Hour of Le Mans in 2020 and at the Rolex 24 at DAYTONA in 2018 and 2021. 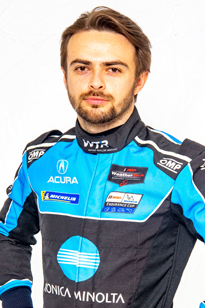 Veteran driver from England, Will Stevens, will join the 2021 IMSA Michelin Endurance Cup Champions as endurance co-driver at the Rolex 24 at Daytona,12 Hours of Sebring and Petit Le Mans in 2022. Stevens is currently a Formula 1 Test & Development Driver for McLaren F1 Team and a standout in the World Endurance Championship and European Le Mans Series.

Will has held roles with various F1 teams dating back to 2008 and made his Grand Prix debut in 2014 before earning a full-time seat with Manor Marussia F1 Team for 2015. His recent career highlights include class wins in the World Endurance Championship and a runner-up campaign in the Blancpain GT Series. 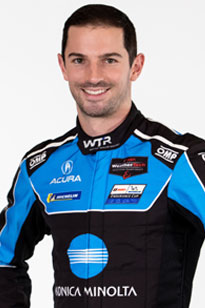 Alexander Rossi, the 2016 Indianapolis 500 Champion, will rejoin the No. 10 Konica Minolta Acura ARX-05 team for Wayne Taylor Racing for the 2022 Rolex 24 at Daytona, for the second consecutive year. His successful 2021 run with the team produced a coveted Rolex 24 at DAYTONA victory and, having assisted in all four endurance events in 2021, Rossi played an important role in the team’s win of the IMSA Michelin Endurance Cup title.

As an Indianapolis 500 winner, Rossi boasts a successful record in the INDYCAR series, with a total of seven victories, six pole positions and 25 podium finishes across his six seasons of competition with Andretti Autosport. The American’s motorsports resume spans a wide variety of disciplines outside of his INDYCAR and IMSA WeatherTech Championship accomplishments. Rossi has contested the Baja 1000, Bathurst 1000, 24 Hours of Le Mans and Formula 1.